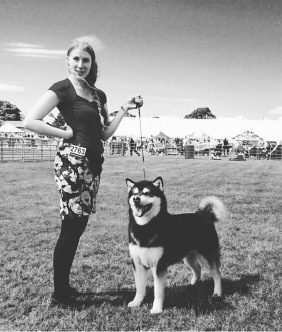 Hello, and thank you for taking the time to learn more about me and my small kennel.

My name is Alanna. I am currently based in the North of England (UK) where I live with my partner, 4 Greenland Dogs & 2 Alaskan Malamutes.﻿

My dogs are first and foremost my family and companions. I love each of them individually in all their flaws and virtues, and for bringing so much joy (if not a few premature grey hairs) to my life.

Within reason I genuinely like to have them as involved in all I do - sometimes that is in dog-orientated activities such as showing and working, and sometimes that means just cuddling up together in the garden or enjoying long walks.

I do have long term goals and plans for my canine clan, where they can gain recognition for their breed quality, skills and hard work - however that my dogs enjoy what they do is always my priority, and if the activity is not right for them they don't do it - as simple as that! 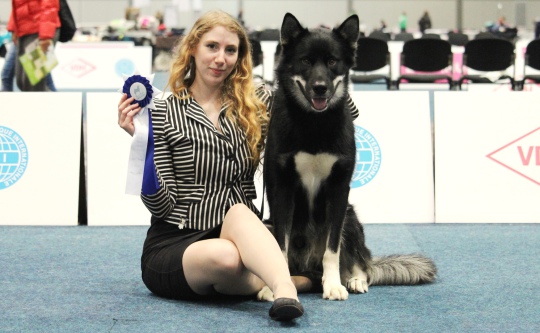 Having said that, I am very proud to have not only earned numerous showing accolades at Open, UK Championship & International Championship Show level - including making up UK & FCI Champions / Veteran / Junior Champions across my two breeds as well as other winners titles and UK Specific awards such as the ShCM & VW - but to have also actively competed in dryland mushing, weightpull competitions plus backpacking & trekking stints, earning weightpull Championship wins & breed records, rally podium places, multiple AMCA Working Titles through to Advanced / Excellent grades, not to mention a few Good Citizen Dog Scheme Passes for good measure.

I cannot claim to have grown up in a dog mad family, but it was in 2007 that the opportunity to bring a dog into my life arose. I chucked the rulebook out the window, deciding that after much research - and despite the "not a good first time dog" warnings - the Alaskan Malamute was the breed for me. Little did I know at that time just how much hard work it would be, and nor did I realise that this small start would grow into a virtual lifestyle choice, and that a mild, but very much positive, obsession had started.

After 9 years of Malamute mayhem, having always admired the breed for it's primitive type and working drive, my first Greenland Dog joined the pack in 2016 and has given a new level of chaos and fun to our activities, with a further two joining us from Norway in 2018. In 2020, we bred our first Greenland Dog litter, keeping one girl. 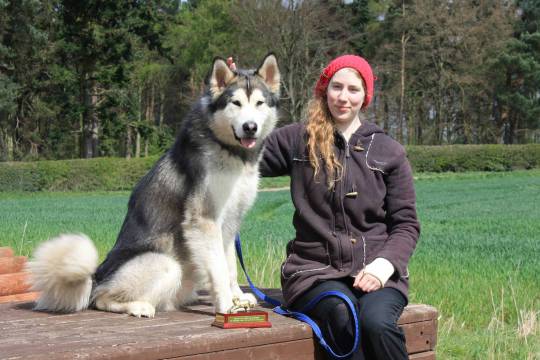 Fenrirkin is my Kennel Club registered affix. In hommage to the Nordic Spitz breed roots of my dogs, it as an allusion to Fenrir, the supernatural wolf from Norse mythology. Remembering him as a being of great strength destined to bring around the end of the world I thought it was fitting my dogs be identified as his ‘kin’ – their strength is self explanatory to anybody who has ever been on the other end of a lead from a sled dog in pursuit of a rabbit, and if not the end of the world they’re certainly en route to the total destruction of my garden!!

I enjoy stewarding and judging when I don't have a dog on the end of the lead, and am currently on the Judges B List for the Alaskan Malamute, Siberian Husky, Greenland Dog and Canadian Eskimo Dog, as well as the C List for Japanese Akita Inu.

I hope you enjoy browsing my site - and love hearing from those who do, so please feel free to use the contact page to drop me a message. 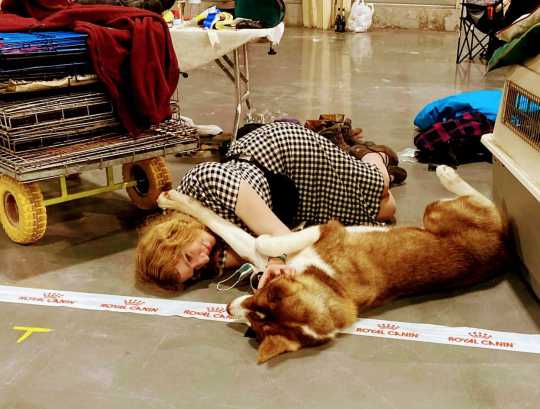