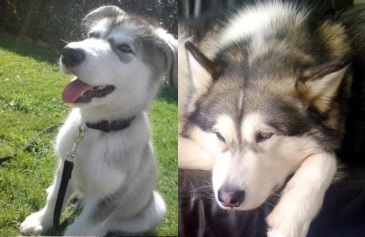 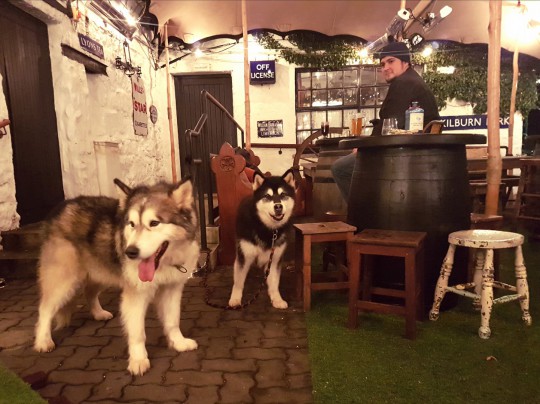 Where do I begin with Stan? My first mal and my steep learning curve into this breed. 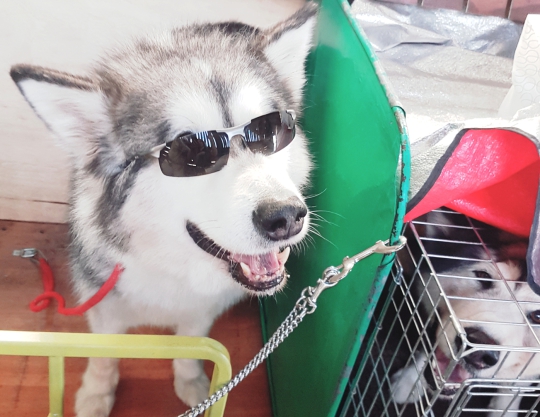 Best described as an enthusiastic and people-orientated individual, he really was just a big puppy, who would pose with a regal air before performing a slapstick move - especially when there was a pretty lady around (human or canine) to whom he could show off his general silliness! 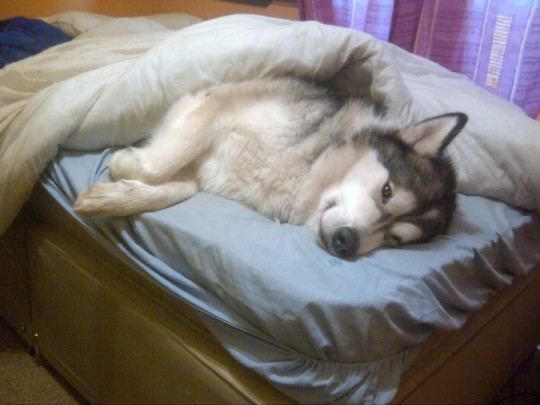 He vastly enjoyed his creature comforts, and when not sneaking up onto the sofa (sometimes less sneaking and more collapsing onto your knees) was often found laying around like a malamute rug. 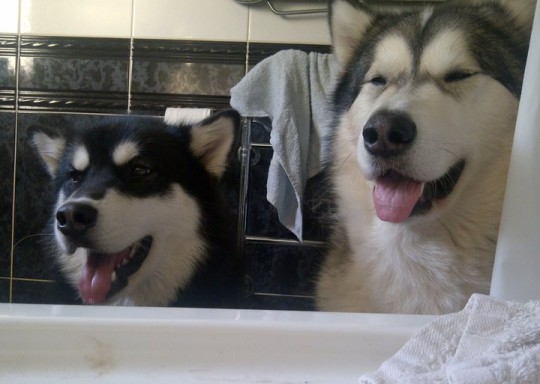 He enjoyed a tolerant relationship with all the younger dogs, even the Greenlands, but his real role in the pack for 9 years of his life was as part of my "old married couple" with Maya, taking her continual tellings off for having too much fun in great humour and being her kennel mate and companion until she passed at 13.5 years of age. 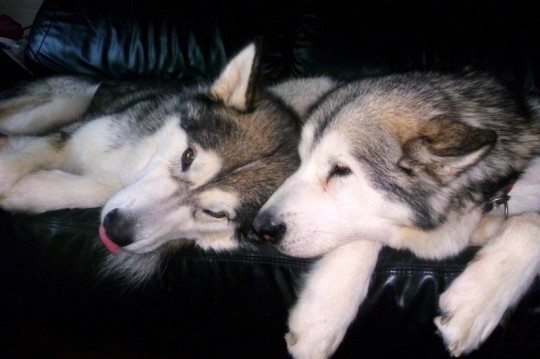 After her passing, he was paired up with my German boy Harry in kennels, who doted on him and proved a breath of fresh air for him in his later years.

Sadly Stan’s journey from puppyhood to adulthood wasn’t an easy one health wise, with a fair few hiccups along the way, but despite all this Stan was a definite trooper. 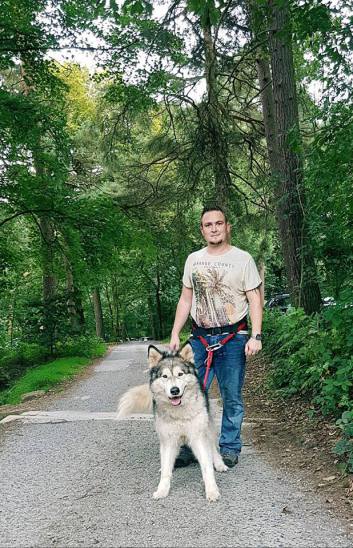 Though I suspect that given the choice he would always have preferred a slow walk with plenty of opportunities for meandering and sniffing, Stan did find some fun in his brief working endeavours.
In his early days he would often run in harness on either the rig or scooter with Maya, and upon occasion some of his family. His poor hips meant this was short lived, but he did get to enjoy some slower-paced backpacking trips which gave him ample opportunity to mark everything in sight. 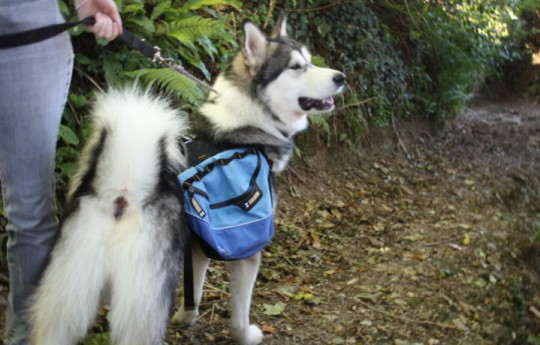 At 3 months shy of his 13th birthday, though he still tried to come running in from the yard in the morning to get his food, demanding and wagging, it was clear his legs just weren’t supporting him anymore and with a breaking heart I made the decision to let him go while he still had some dignity left. He fell asleep peacefully in my arms. 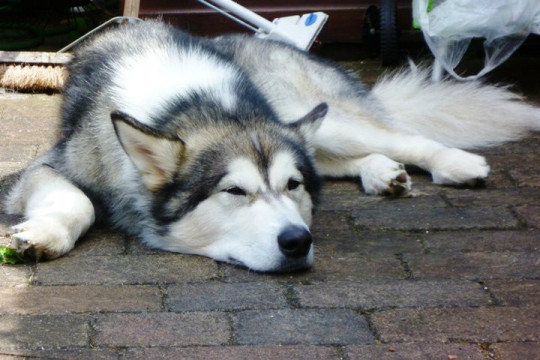 I owe so much to Stan, for what he taught me as a first time Malamute owner, and for what we have been through together. He changed my life for the better and meant, still does, the absolute world to me. I will miss you, my Stan the Man. 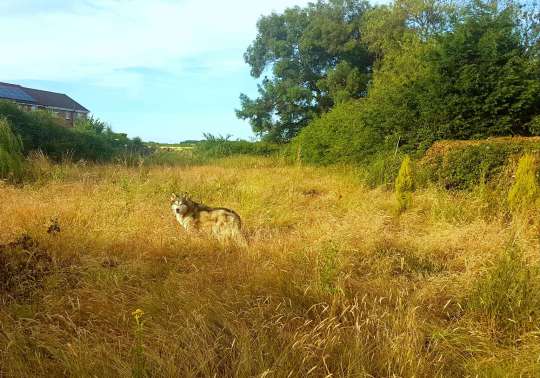 Check out the Stan galleries....