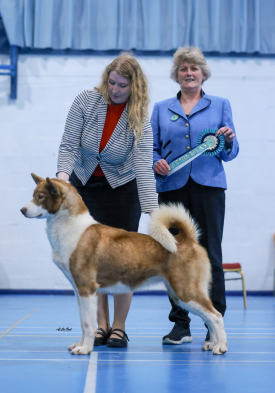 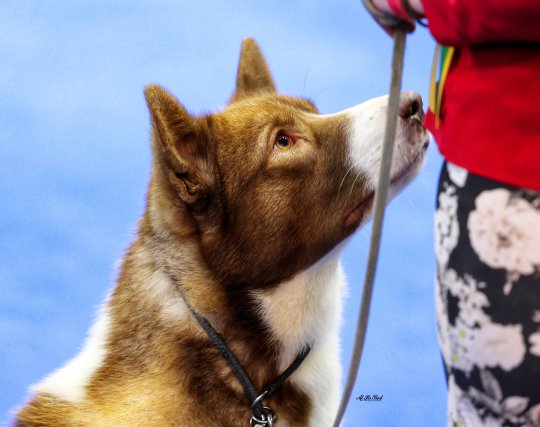 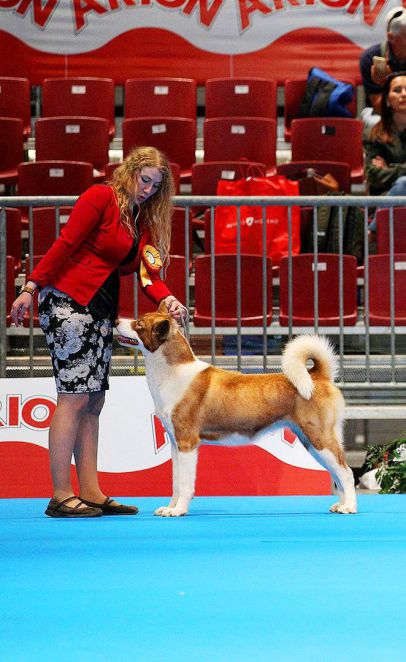 We couldn't be more excited to introduce our keeper from our first litter, Jess (although more formally called Jessica when being naughty)! Daughter of our Dylan & Alice who with circa 80 Championship Show Best Dog / Bitch wins across 9 different countries between them as well as class wins at dryland races and breed records in UK weightpull are both dogs who have made their mark on the breed here in the UK. Jess was the first born from a litter of six beautiful babies. You can read more about them HERE: 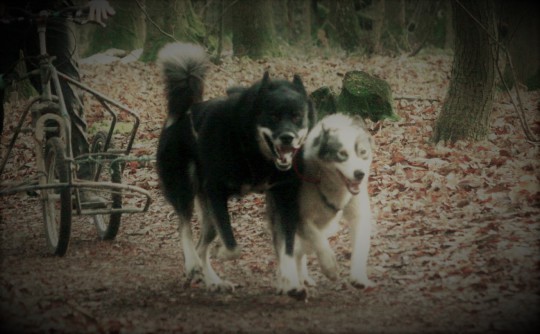 She made her presence known from the outset, with plenty to say before she had even opened her eyes and a strong personality even amidst her 5 equally charismatic littermates. 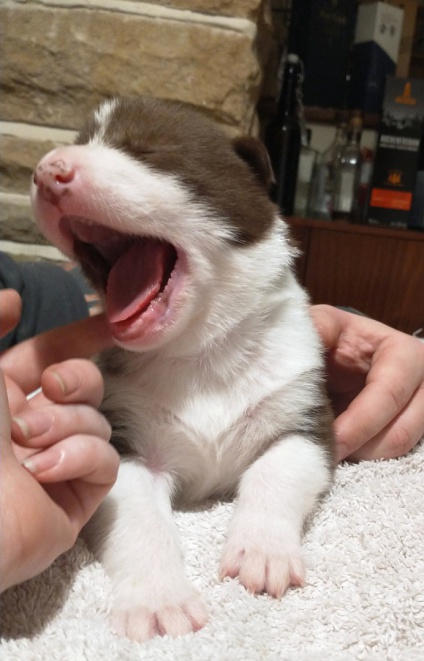 Showing a lot of promise in structure and working aptitude, Jess is proving a fun dog to have at home - albeit a very loud one!  She already shows that signature stubborn streak and an independent nature, but is a fast learner and absolutely adores the older dogs - especially her Mum Alice and Malamute "Uncle" Harry, who puts up with her attention very well. She enjoys her human cuddles too and taking after her parents spends a lot of time on her back for tummy rubs. 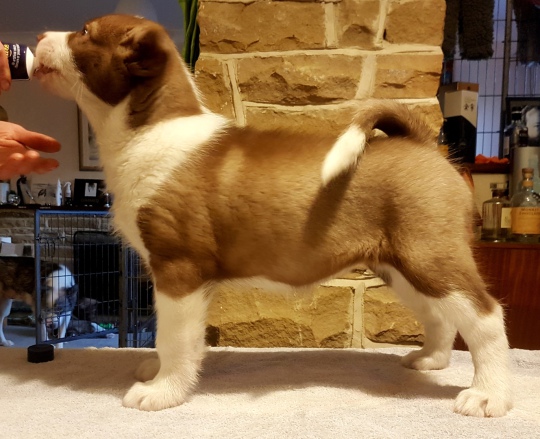 Being our "lockdown" baby as born in the midst of the Covid-19 pandemic and heavy government restrictions, getting out and about was slow but we managed to squeeze in some online shows to compliment our training at home including a fantastic Best Puppy In Show award under respected judge Christina Chapman (Bukris). 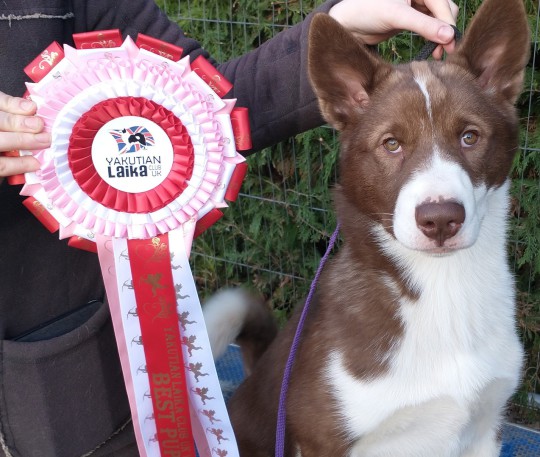 When the opportunity to attend "real shows" arose, Jess certainly hit the ground running!
At 6 months of age, at her first Open Show, she made breed history by winning the Working Puppy Group (the first Greenland Dog to achieve this in the UK!!) as well winning BAVNSC and an adult Working Group 3 - what a good girl! 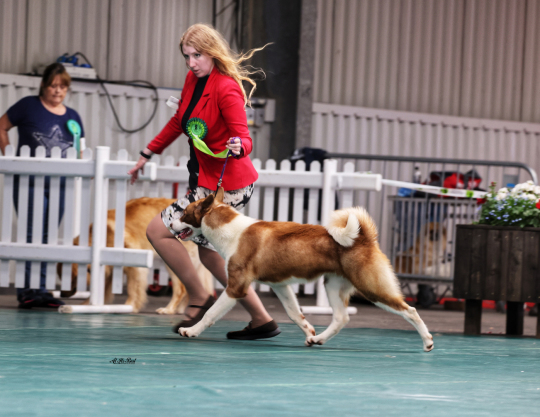 Since then she has been a force to be reckoned with and in 4 months of showing gained at UK Championship Shows 1 Best of Breed, 3 Best Bitch, 6 Reserve Best Bitch, 8 Best Puppy, 4 Puppy Group Shortlists and Working Puppy Group 4 at Blackpool Championship Show under judge Tim Ball, a very special accolade as only the 2nd Greenland Dog to place in a UK Champ Show Puppy Group (the first being our own Noah) but also the first female & first UK bred to do so. 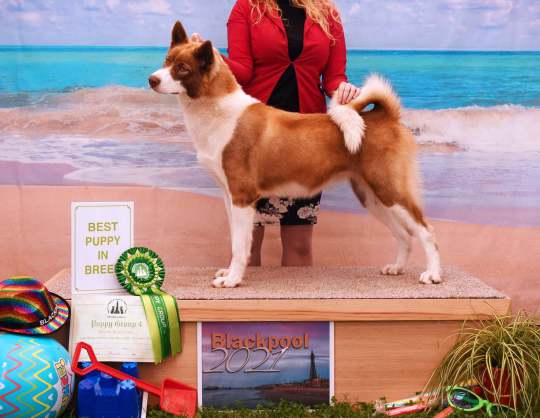 Her success at Open Shows has also been something to celebrate, with her efforts during her puppy career totalling 2 Best AVNSCs, 2 RBAVNSC, 1 WG3, 5 BP, and 3 puppy group placings - including that breed history making win!

We also managed to squeeze in some shows abroad between lockdowns where she surpassed all expectations, coming away with not just 6 Best Junior awards but also 4 Best of Breeds, 2 Best Opposite Sex and a Group V shortlist in Douai (France) under judge Michael Griol at 11 months of age! Her successes also allowed her to close her Swiss Junior Champion title. 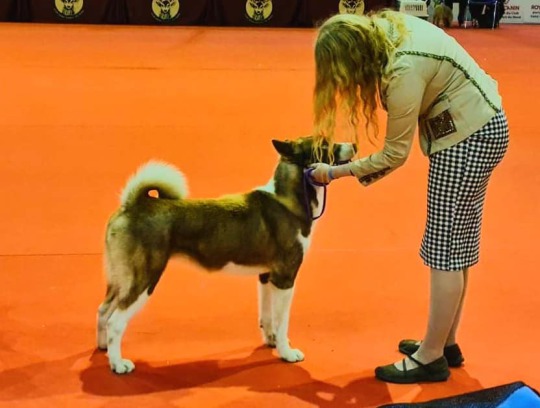 2022 got off to a great start for Jess, seeing her take Best AVNSC at the first two Championship Shows of the year and then gaining Best Opposite Sex at Crufts from the Junior class, even in her underwear!
She racked up a number of Best Bitch awards throughout the year, culminating in Best of Breed at Darlington Championship Show. 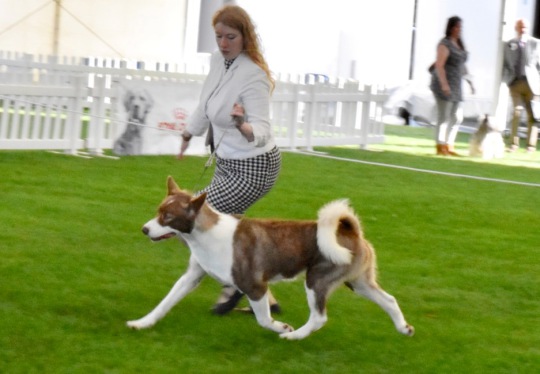 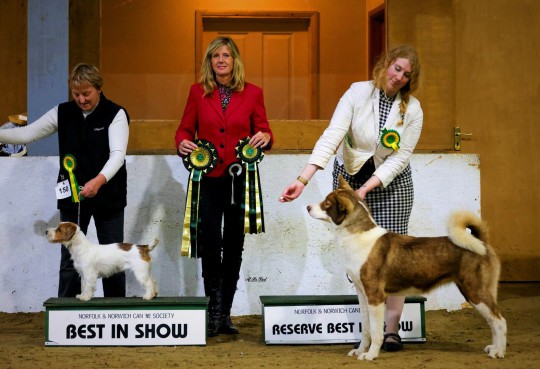 As if that wasn't enough, she also enjoyed a couple of adventures to Europe, first in April to compete at the prestigious European Dog Show Paris, where she gained Best of Breed (alongside Best Junior and her European Junior Winner title).

A couple of months later - out of Junior - she took a road trip to Spain with Noah for the World Dog Show Madrid, winning 3x Best Bitch, the World Winner title and closing her Spanish Champion title! 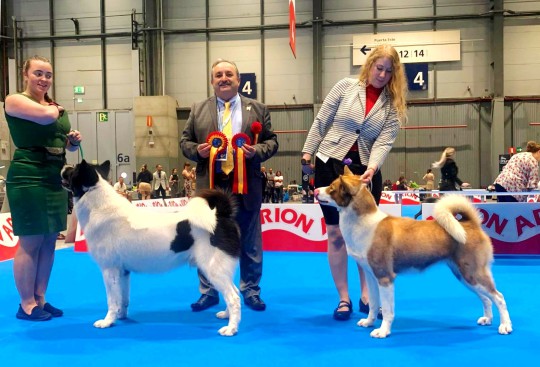 And to prove she isn't all brawn and no brains, she also achieved her KC GCDS Puppy Foundation Obedience award at 6 months of age - what a good girl! 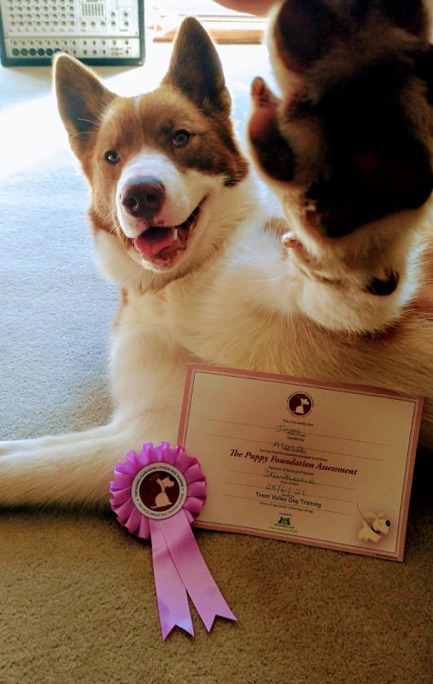 It's still early days but we are still very excited for what the future will bring for our firstborn puppy and will be looking forward to sharing more updates as she matures. 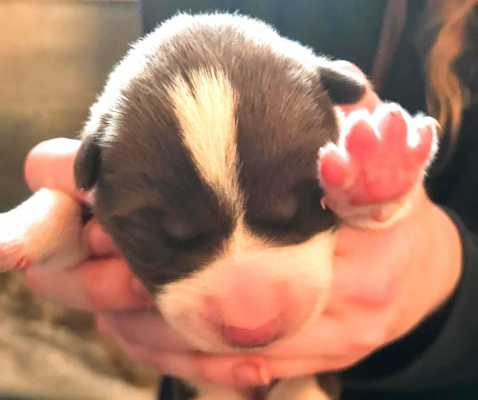 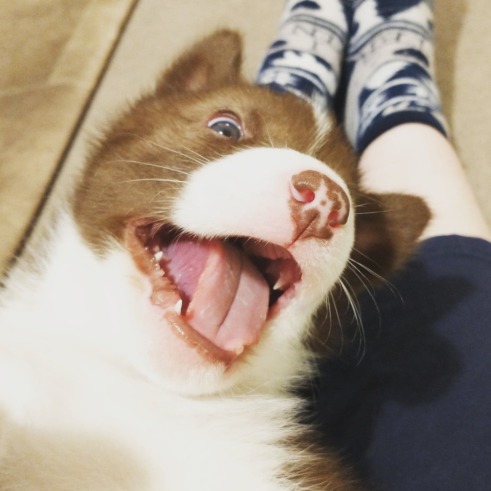 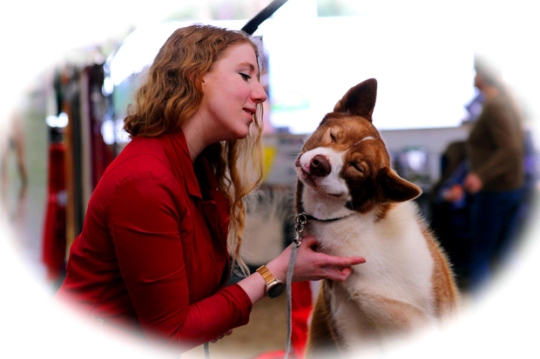